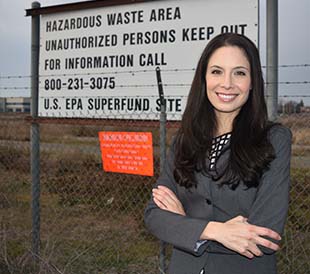 Dr. Hernandez is the Faculty Founder and Director of the Wild Energy Initiative at UC Davis. She is also Associate Professor of Ecology and Earth System Science in the Department of Land, Air and Water Resources where she leads the Global Ecology and Sustainability Lab. She directs data-intensive and technology-driven research at the intersection of energy development, the environment, and ecological processes. Her research is motivated by the belief that every human should have access to energy in a manner that is sustainable with the Earth system. Her work on energy ecology has been published in Nature Sustainability, Nature Climate Change, Proceedings of the National Academy of Sciences, Environmental Science and Technology and Renewable and Sustainable Energy Reviews and has been featured in the Washington Post, National Geographic, NPR, Forbes, and Scientific American. In 2016, she was the recipient of the E.O. Wilson Award. 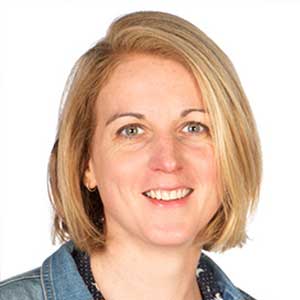 Dr. Armstrong’s research focuses on the implications of the low carbon energy transition on the local environment, including ecosystem function, properties and service provision. She uses a range of desk, field, laboratory and modelling approaches to resolve understanding, taking a positive approach – we need to decarbonise energy supplies and there will be more land take for renewable energy infrastructure but how can we do this whilst maximising environmental co-benefits? Working collaboratively with stakeholders from across sectors is central to her work. Prior to her energy research, Dr. Armstrong focused on the response of peatland carbon cycling to land management perturbations. 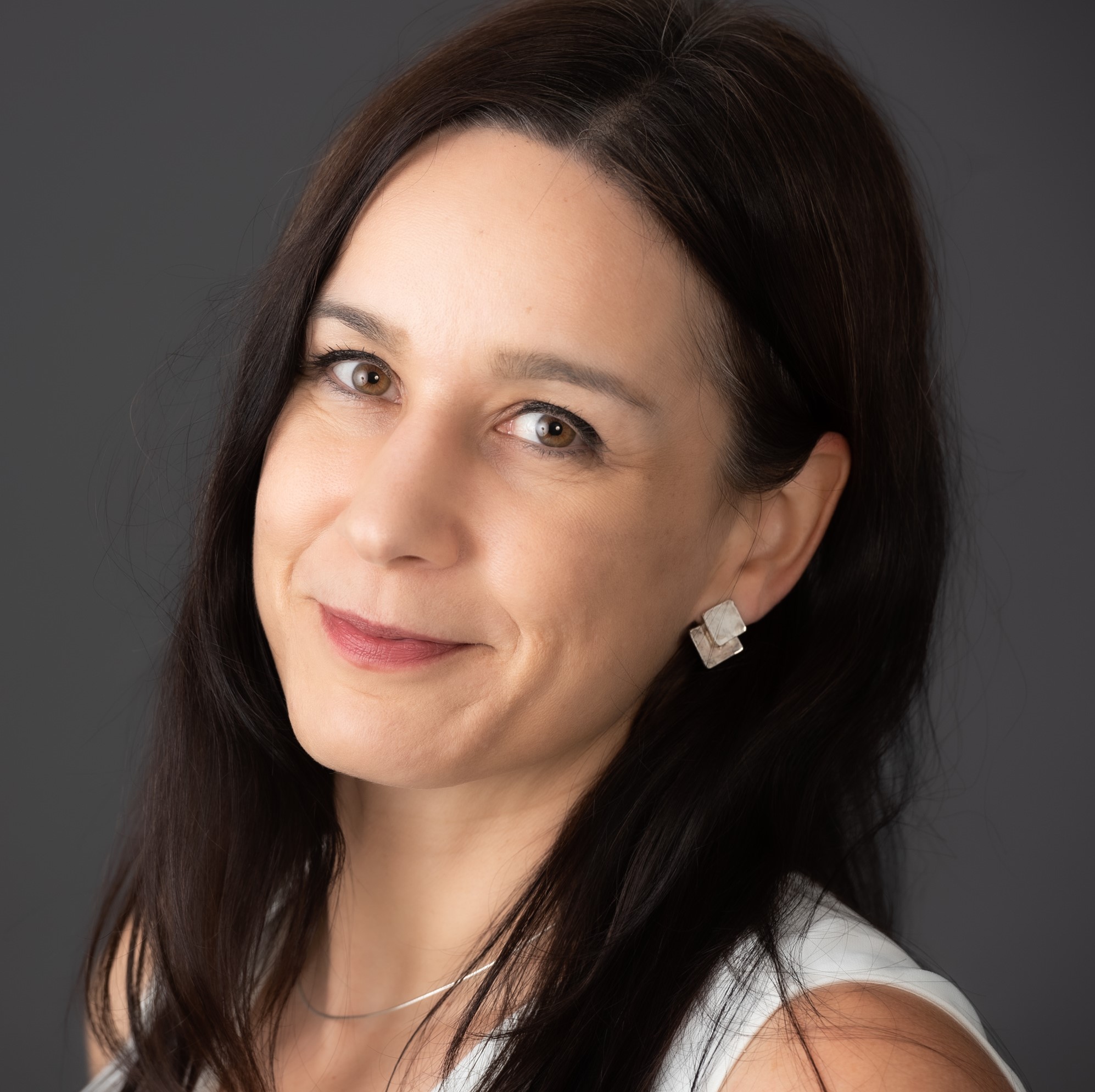 Dr. Sarah Jordaan’s research is aimed at uncovering the environmental and economic trade-offs related to energy decisions, particularly those trade-offs related to the life cycle of energy technologies. Her expertise covers the intersection of science, technology, and policy, resulting in publications that focus on not only life cycle assessment but also more broadly on technology assessment, energy policy, and innovation. 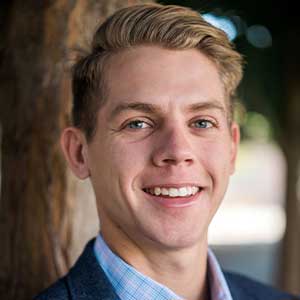 Alex is a Wild Energy Ph.D. student in the Energy Graduate Group interested in understanding the land-use, environmental, and ecological implications of solar energy deployment. Specifically, he is studying the technological, hydrological, and ecological impacts and attributes of floating photovoltaic solar energy. Alex received his bachelor’s degree in environmental science with minors in corporate social responsibility and general business from Temple University.  During Alex’s time as an undergraduate researcher at Temple University, he explored various economic and environmental impacts of large-scale solar photovoltaic arrays. Alex Cagle is co-advised by Dr. Rebecca R. Hernandez and Dr. Steven M. Grodsky. 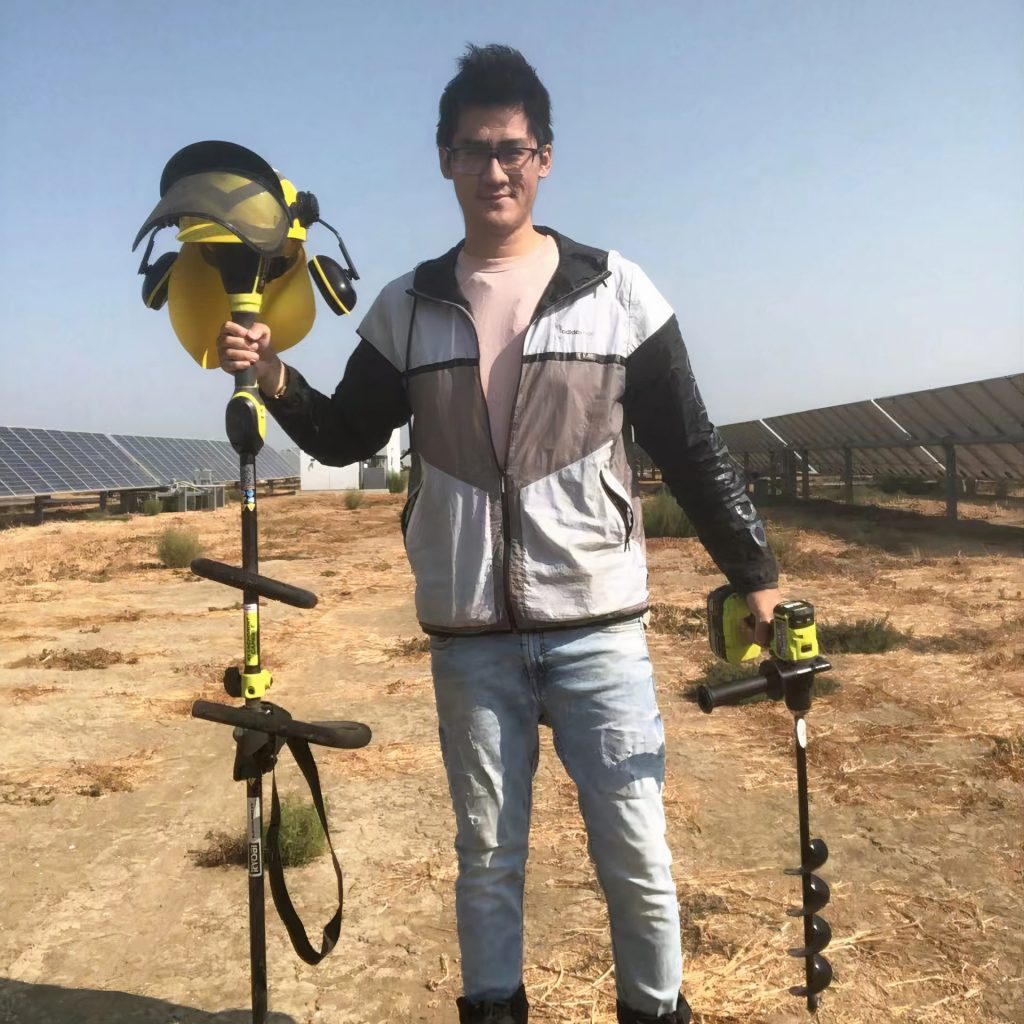 Yudi Li is a Ph.D. student in the Energy Graduate Group and the Wild Energy Initiative (Muir Institute). His current research involves the restoration of two utility-scale PV solar farms in the Central Valley, investigating the co-benefits to plant and pollinator communities as well as PV performance. Yudi received his bachelor’s degree in ecology, evolution, and environmental science with minors in wildlife science from Purdue University, and master’s degree in conservation sciences from the University of Minnesota – Twin Cities. He was also an intern of Argonne National Laboratory, exploring the ecosystem services of solar-pollinator habitats in the Midwest for two years. 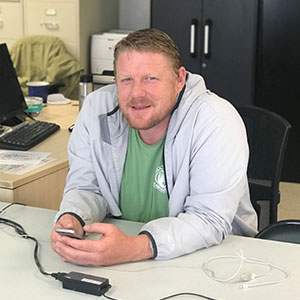 Jason Whitney is a Wild Energy Ph.D. Student with interests in the intersection between energy, ecology, and social justice. Prior to entering his program, he assisted Dr. Hernandez’s research team as a junior specialist to further the understanding of the ecological impacts of utility-scale solar energy projects and managed several interns in her lab.  Jason designed and implemented an economical, cloud-ready, high resolution, data logging system to monitor abiotic changes associated with big solar.  He transferred to UC Davis in 2014 with an AS in Mathematics and an AS in Biological Sciences from Mendocino College.  During his undergraduate studies at UC Davis, Jason focused on strategies for environmental and economic sustainability, earning a BS in Environmental Science and Management with a minor in Geographic Information Systems in 2016. Jason Whitney is co-advised by Dr. Rebecca R. Hernandez and Dr. Steven M. Grodsky. 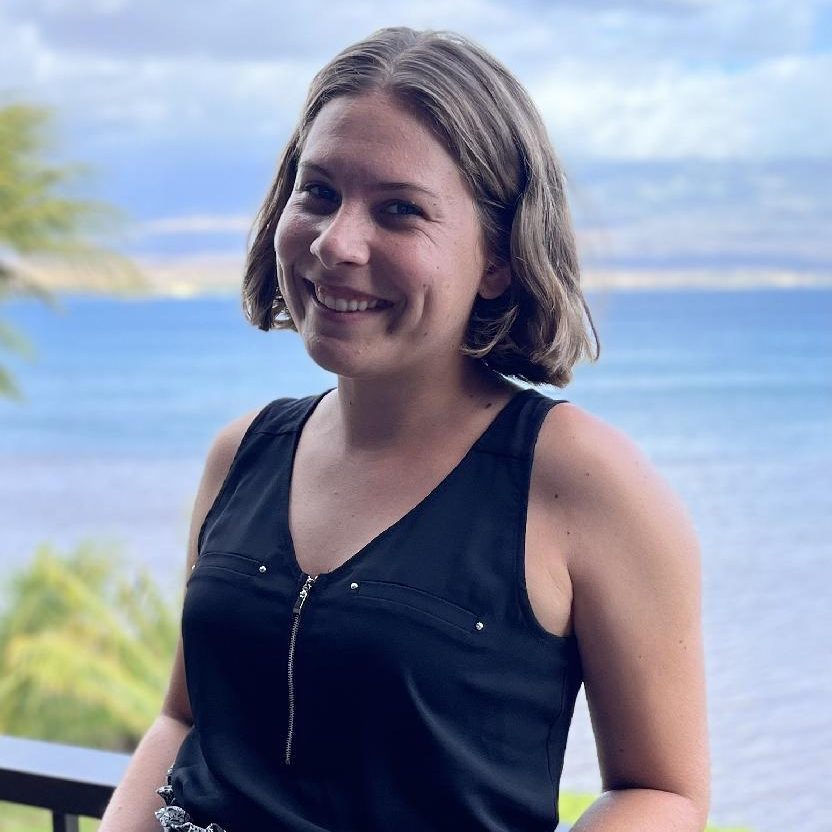 Emma Forester is a second year master’s student in the Geography Graduate Group at UC Davis. Her current research focuses on the siting considerations and technical potential of floating solar photovoltaics.  Emma earned her bachelor’s degree in Environmental Studies and Planning with a minor in applied statistics from Sonoma State University. Her ultimate goal is to combine her love of Geographic Information Systems and the environment to inform planners and decision makers. 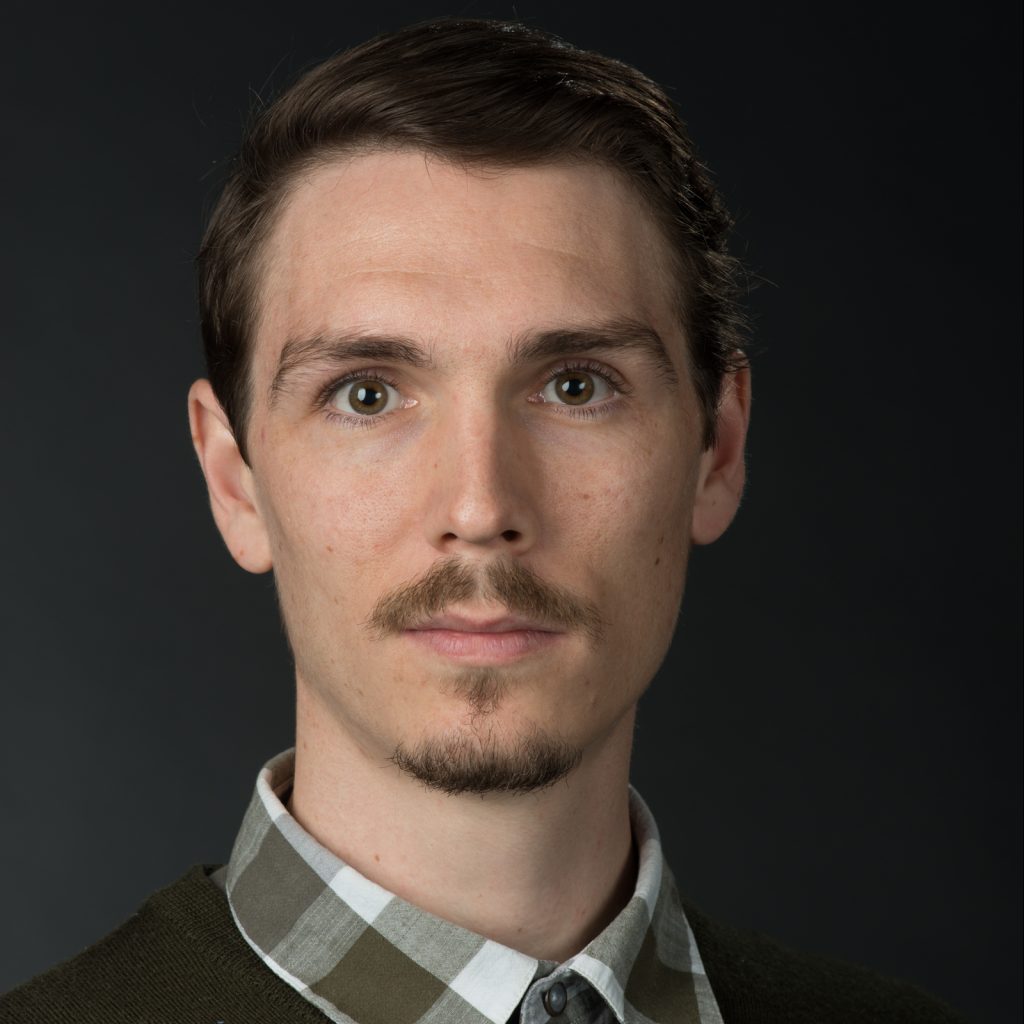 Tom is a master’s student in the Energy Graduate Group at UC Davis. His research with GESL is part of a DOE funded effort to investigate the technological and ecological implications of floating solar photovoltaic power plants. Before returning for graduate school, he worked as a designer and analyst for utility scale solar PV projects. Tom holds a BS in mechanical engineering from Florida State University and is a professional electrical engineer licensed in California. 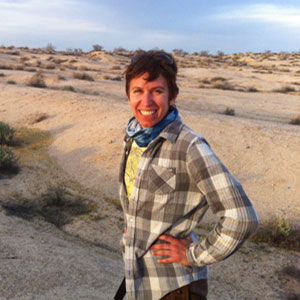 In my work with Dr. Ingrid Parker, Dr. Rebecca R. Hernandez, Dr. Kara A. Moore, and Dr. Bruce M. Pavlik, I use demographic matrix models to explore the effects of microsite and climatic variability on demographic processes, to ask whether rare, common, and exotic annual species respond differently to these factors, and ultimately assess how response indicates potential for long-term population persistence. Sensitivity analyses of these models show that population growth estimates improve with higher seed bank survival rates, and indeed population performance and persistence likely hinge on belowground dynamics for these and other annual species forming persistent seed banks. Because moisture is known to negatively affect seed survival in other systems, possibly by facilitating soil pathogen attack, novel moisture gradients created by solar infrastructure may have a strong effect on annual plant population dynamics. In 2017-2019, I tested for effects of shade and fungicide treatment as well as seed age on seed viability and germination rates of native and exotic species, incorporating these data into models predicting how microhabitat conditions may drive shifts in population performance and community composition. 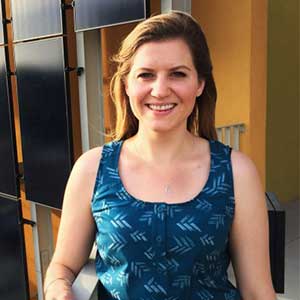 Madison K. Hoffacker was the first Wild Energy Graduate Student. Madison earned her masters in the Energy Graduate Group under the advisement of Dr. Rebecca R. Hernandez. She graduated from Chapman University in 2013 with a BA in Environmental Science and Policy. As a researcher at Stanford University and in partnership with the Carnegie Institution for Science’s Department of Global Ecology, Madison was the co-developer of the Carnegie Energy and Environmentally Compatibility Model, which provides energy developers, agencies, and stakeholders guidance on siting energy infrastructure in a manner that reduces environmental impacts. Madison’s work on the use of degraded land for renewable energy development has been featured on NPR, CBS, Yale Environment 360, and Scientific American. Madison has been published in Nature Sustainability, Proceedings of the National Academy of Science, Nature Climate Change, Environmental Science and Technology, and Restoration Ecology and was featured in Chapman Magazine for her research impact on sustainability. 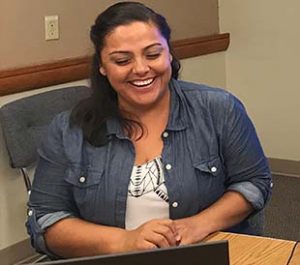 Esther received a Bachelor of Science degree in Environmental Science and Management with a focus in Natural Resources from the University of California, Davis in 2017. During her undergraduate studies, she was awarded a National Center for Sustainable Transportation Research Fellowship by the UC Davis Institute for Transportation Studies for research on solar energy and parking lots. Wence’s research explored the solar energy potential of 30 of the largest commercial rooftops in the United States and technical challenges associated with such large simulations at the cell-string level in collaboration with partners, the Center for Biological Diversity and Aurora Solar, under the advisement of Dr. Hernandez.